Somewhere around 1952, I’d guess. I’m the little one with the bigger butterfly bow, Susan and I are standing in the backs outside her grandma’s house

The street is still there, more or less if you’d like to check it out on Google street view (as is the house across the other side of the bottom road visible between our heads)

Until I was eighteen, we’d lived as a family in two late Victorian houses.  First was a terrace and the second a semi.

The terrace was back in the 1940s and early 1950s, with a back street and all the usual bottom of the yard service buildings (wash house, lavatory and coal shed) facing each other, as it were, across the narrow back lane. When I knew the house there was a bathroom, although we kids washed in front of the range in the kitchen/living room, with a towel hanging on a clothes horse curved around the ‘vanny‘ to stop the drafts.  The terrace was built running up the side of a hill, with a cellar underneath where Mum and my eldest sister took shelter during the war.  There were two rooms above it forming the ‘ground’ floor.  Up the dark boxed in stairs it was as if the house had sprouted more space, with the bathroom, a small bedroom, just big enough to squeeze two single beds in, one each side of the little fireplace leaving little room to stand between them or for anything much else in the room, and a larger bedroom over the very rarely used ‘front room’ below.  Until our younger twin sisters arrived requiring a large double pram, I can’t remember ever having seen the front door opened, but there was only a very small step to get down at the front while the back door was up a set of steep steps from the yard.

There were attics too, with the larger of the rooms used as a bedroom plus a box room used by Dad for building radios; I think there was another small space up there, but I can’t remember for sure.  We managed well on the whole considering some of rationing was still around.  Everyone was in the same boat, as it were, more or less, and around us, though often a bit short on space, most folk seemed clean and well cared for, one of the houses up the row had a very small hairdressing set-up in part of the living space (Susan’s mum, Margaret), the rag and bone man and the knife sharpener came round and I think the milkman delivered.  Front steps were yellow-stoned and back yards swept.

It is remarkable for just how long houses built during the late Victorian period, for good or ill, have remained in use.

Not sure if I’ve previously shared links to some of the images/sites visited when doing searches into Victorian workers’ housing, but here are a few I thought I’d like to pass on.  Some are Edwardian but mostly they show the houses in use from the 30’s through to quite late in the twentieth century.

A 100 yrs of council housing in Leicester 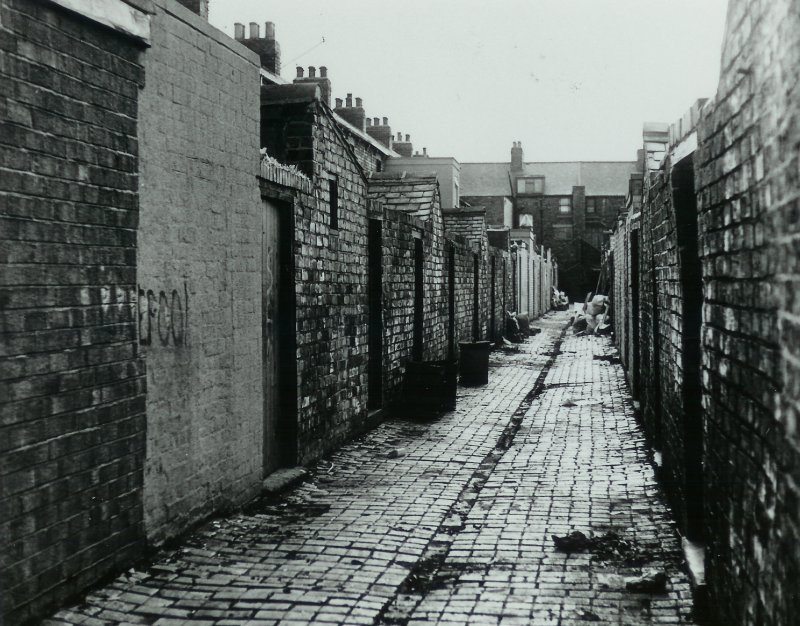 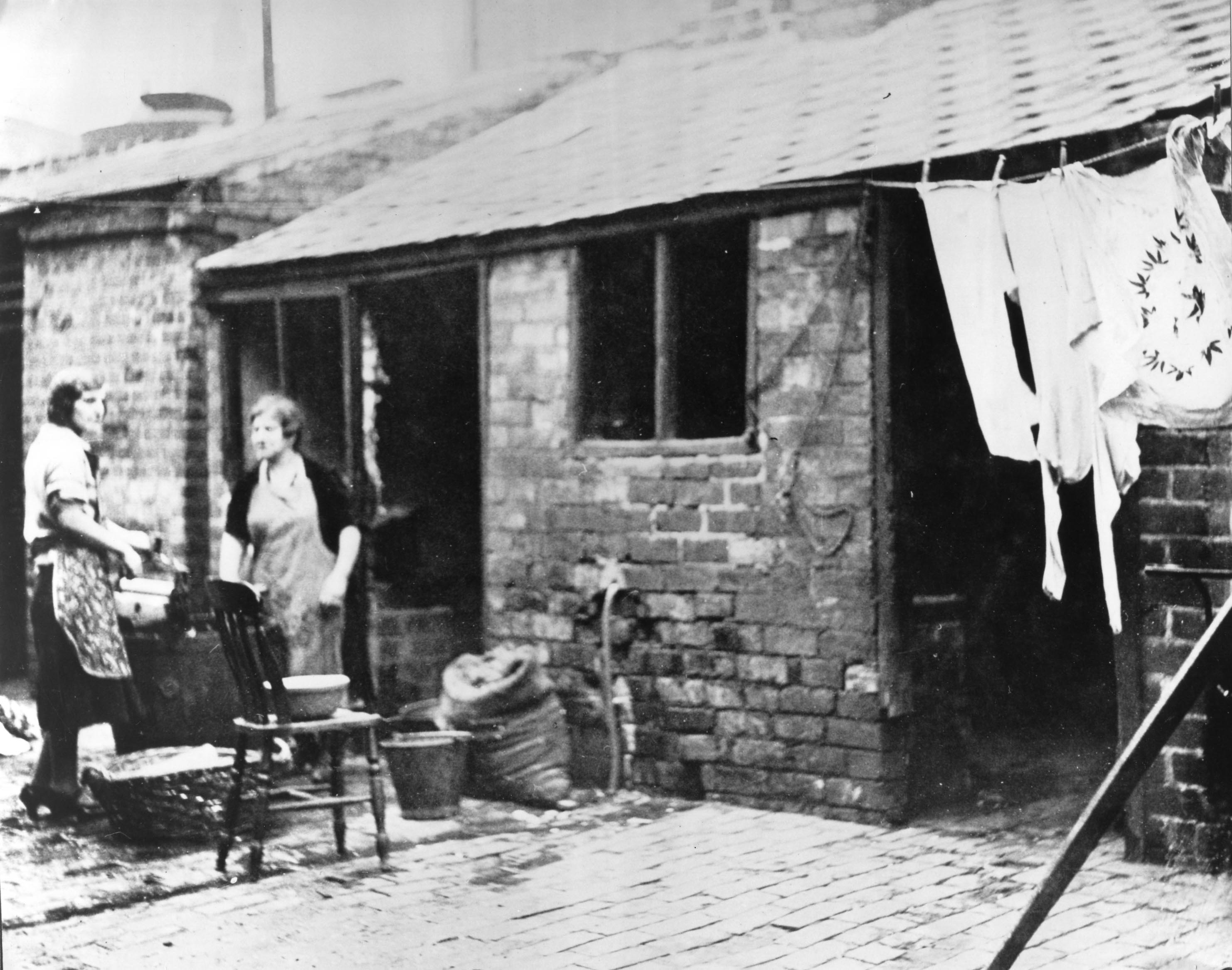 Birmingham’s back to back housing

As ever when I hit the problems or am stuck on something I’ve been doing lots of thinking about just what the hecky-thump I think I’m up to and why, spending both money and time mini-ing. Could be one big waste on both fronts!

My pastime is a joke to most folk that I know, but I do find it useful, an aid to memory; a way for me to express myself as waves of thought arise and so I build with whatever’s to hand to the rhythm of these waves.  Mostly any opinions or commentaries built into scenes are known only to me, with the exception of two pieces of work, perhaps, Ms Lear (here and here) on her water-encircled tower howling at the storm and The Time Techs stuffing the printed word into the machine of progress which then churns out cogs and widgets (the text is from Babbage‘s plans for his Difference Engine).

I reckon that, on the whole, I’m mini-ing, getting things wrong and wangling, or even wrangling in some cases, my way out of problems simply because I like problem solving, hacking things about, back-tracking and trying another route — or three. I enjoy working doggedly at whatever’s at hand.

Still, feel the personal benefits go quite some-way to balance off the use of time; though far from sure about any balance achieved re expenditure.

Cold turned out to be flu and chest and … – oh joy.  Will emerge when can coordinate eyes and limbs 🙂

All the very best for the New Year

Probably due to all the dust being raised

This is about the ongoing job that takes up more time than any of the stuff that does get photographed.

There are sessions when mini activity becomes stodgy and slows down and I tend to worry that I’m running out of steam and thus become a little up-tight.  The more likely cause (and I’ve found this to be the case every time so far) is that I’ve been working away in such a determined style that I’ve not straightened things out enough after each step.

I clean away and restore most things after sessions but some bits from a job get left behind.

You know what I mean, don’t you?  I’ve cut card but not cleared away all the off-cuts in case there’s more:  eg I’ve prepped window shapes but might the door need to be the same material?  So, there some of the pieces will lie, neatly stacked, but clogging up the thinking and working space and, ultimately not every bit makes it all the way home even when the decisions have been made and they’re no longer needed.  Long sentence but I suspect you might have experienced this tale for yourself, perhaps?

Eventually there comes a moment the working frenzy has to be slowed down and a machete and a sweeping brush need waving around to hack a way back to some better order and a clearer view of life in general.

Ah – now you can breathe more easily.  This helps relax the brain and buys more clarity and forward thinking time.

By the end of the clearance exercise not only is there more elbow room but there’s a sharper, more defined perspective on the whole job and where it’s supposed to be going.  Everything is re-energised, some redesigning of your layout has been achieved (possibly leading to ‘missing’ some items later and finding some things refiled last time) but it was such fun to do and the ‘lost’ will be found – they’ll turn up some time too.  Won’t they?

And I do so enjoy sorting.

I do like watching paint dry but this is ridiculous

All well here but hectic with domestic jobs. The delay in posting is due to the internet being so thin/slow and virtually down to near zero so here goes a quick few words to assure you we’re still here doing our ‘thing’. It’s taken nearly 20 minutes to log on to internet, get as far as copying this text in and pressing publish. Can’t even get into the Text tab to set the heading style! Back soon (hopefully) when engineers have finally sorted out what’s a-doing of what and why down the line external to us. Hope your all are keeping busy and having fun 😉 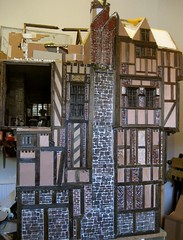 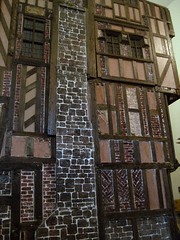 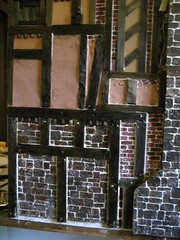 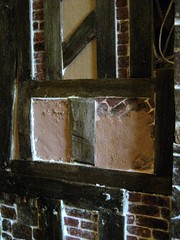 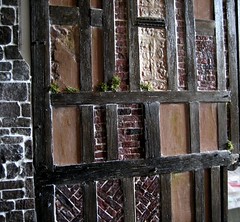 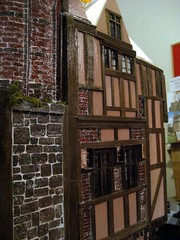